Teaching Our Kids to be Stone Catchers 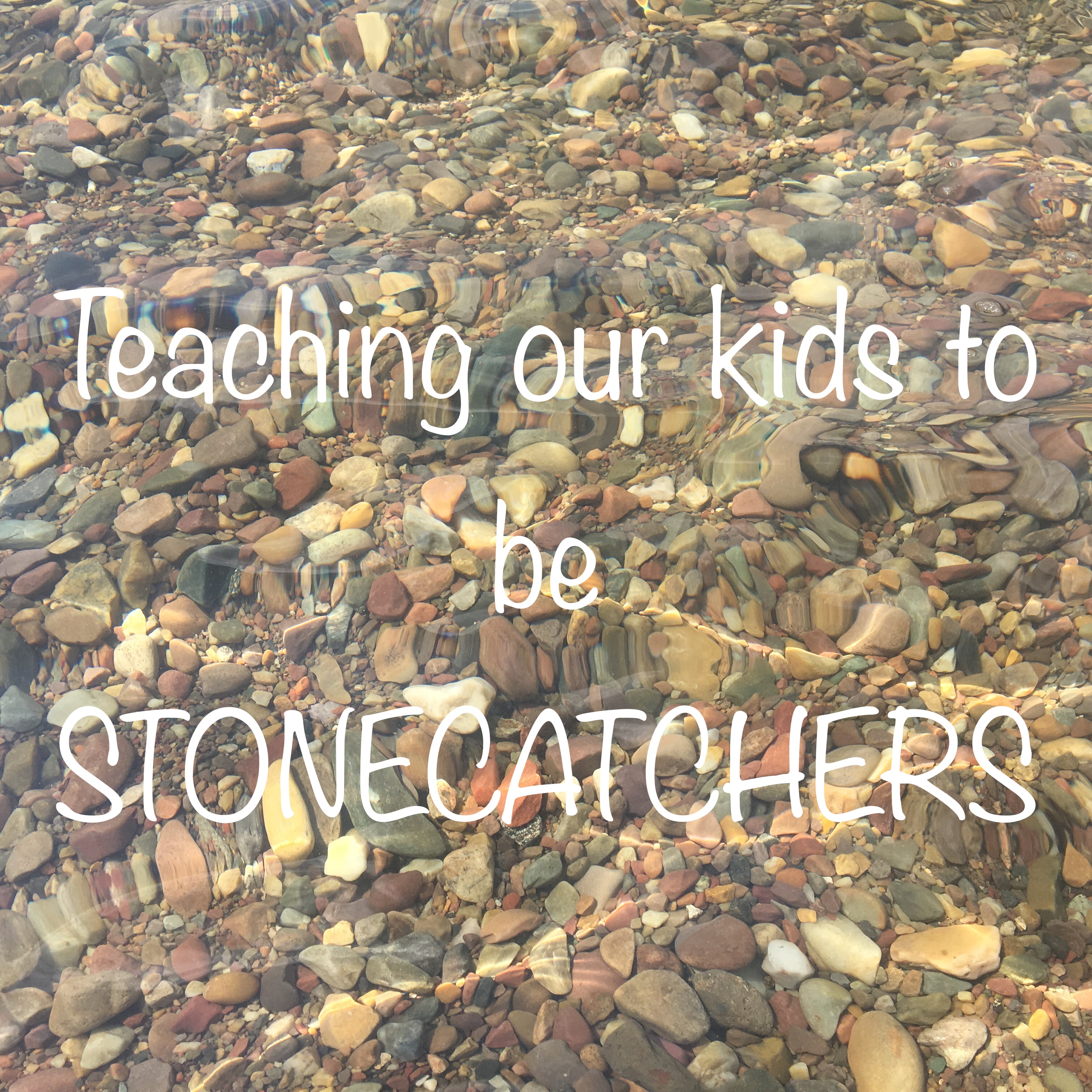 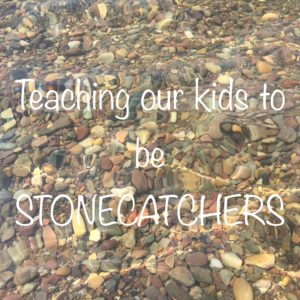 As I have read about and pondered the events that happened Saturday in Charlottesville, Virginia, I was struck with the responsibility we have as parents to teach our children to love, to break the cycle of hate that is so prevalent today, and to respect and learn from differences instead of fight against them. My mind wandered back to a recent article I wrote about Stone Catchers v. Stone Throwers and I wanted to help my children understand that message more clearly and be able to put it into practice.

After we read the article aloud (find it HERE,) I had them role play how to be a stone catcher. I wanted to see if they understood what it meant to stand up for someone who can’t stand up for themselves and to hold up principles without being combative and unkind, even when those around you want to do differently. I can think of no better lesson to teach my children before we return to school this year.

Here is how we did it:

We crumpled up 8 pieces of paper into balls and chose someone to stand before the group. We then had another person stand in front of them and be their “Stone Catcher.” When the crowd shouted an insult and hurled a “stone” their way, the Stone Catcher had to step in. He did his best to catch the stone in his own hand and think of a way to defend the person behind him. Sometimes our kids understood how to do it on their own, other times it was more difficult and we had to help guide them (you can adjust for age and gender):

Person under fire: A teacher that everyone hates

The crowd: That teacher is the worst. She is so mean and yells all the time. I heard that she lives by herself with 100 cats.

Stone Catcher: How do you know? My brother had her and said she is a really good teacher if you are respectful in her class. That would be hard to live all by yourself and then come to school with all these kids. I see why she might get grumpy.

Person under fire: The school bully

The crowd: I can’t stand that kid. He is rude to everyone. He thinks he is so cool, but no one even likes him.

Stone Catcher: He is actually really fun when you get him one on one. Maybe he is having a hard time at home or something, you never know. Let’s go see if he wants to join us at recess, looks like he could use a friend.

The crowd: Did you hear that new kid talk? He doesn’t even know English! He should go back to his own country.

Stone Catcher: I can’t imagine how hard it would be to go to school in a new country and not know the language. Let’s ask him to be part of our reading group so we can help him learn English better. It would be cool to find out where he is from and why he moved here.

Person under fire: An autistic boy

The crowd: There is a kid in my class who is SOOOO annoying. He talks out of turn, never does what the teacher wants him to do, flaps his hands, and makes all these crazy noises.

Stone Catcher: Is it David? I think he has autism. Some of what he does might seem strange to you, but it is how he processes things. Maybe you can ask his mom or dad how it is best to relate to him and be his friend. We have some autistic kids in our grade, and once you figure them out, they are super cool and funny. It takes a little extra time, but it is worth it.

Person under fire: A boy who spends all his time singing and dancing

The crowd: Okay, that kid is so weird. He never wants to play sports and spends all his time making up songs and dances.

Stone Catcher: Most of the actors in movies right now spent most of their years singing and dancing. He is really good at it too, have you seen him perform?

Person under fire: A girl who struggles with reading

The crowd: Did you hear that girl read today? I mean, we are in 5th grade and she still sounds words out!

Stone Catcher: Maybe she has dyslexia or something else that makes it hard for her to learn. I think it is cool that she still tries even though it is hard for her. Plus, have you seen her play soccer? She is amazing.

Person under fire: A brother

The crowd: He is so annoying! All he wants to do is make my life miserable. He whines so much and always wants to hang out with me and my friends.

Stone Catcher: Actually, he really looks up to you and is super fun most of the time. I think he only whines because he misses hanging out with you. Maybe you can invite him to do something with you one on one before your friends come over then ask him to give you some space. Remember how much fun you guys have playing basketball together? You should do that more. .

Person under fire: A girl who is lonely

The crowd: She is so weird. She eats lunch alone because she smells bad. She barely even talks, that is why she doesn’t have any friends.

Stone Catcher: I am pretty sure everyone is weird in their own way, right? I know I am!  I think the cafeteria smells bad, not her. We should invite her to come eat with us and get to know her!

Person under fire: A little boy who is hard to get along with

The crowd: We don’t like to play with him, he is so selfish and will never do anything anyone else wants to do. He isn’t fun to have around and is always such a baby when he doesn’t get his way.

Stone Catcher: Let’s invite him anyway. We can play what he likes to play first and then change games later. It doesn’t bother me when he pouts, we can still keep having fun.

The crowd: I hate going to Sunday school, our teacher is so boring! Seriously, it is the worst.

Stone Catcher: Maybe this is his first time teaching kids, and we aren’t an easy class. Maybe if we give some suggestions or add to the lesson it will be more interesting.

All in all, it was a great night of learning, and I hope it will make a difference for them and those around them this year and in lots of years to come. It wasn’t perfect…there were a few tears when the Stone Catcher missed and the 40 mph paper ball flew into someone’s eye, and sometimes the Stone Catcher lines were far from what I would consider ideal, but overall, it seemed like they learned and internalized what it meant to be a stone catcher in their own little lives.

Since then, we have been able to call each other out with gentle reminders to be Stone Catchers not Stone Throwers, parents included, and focus a little more on what it means to love.