For Father’s Day, Let Him Be His Own Kind of Dad 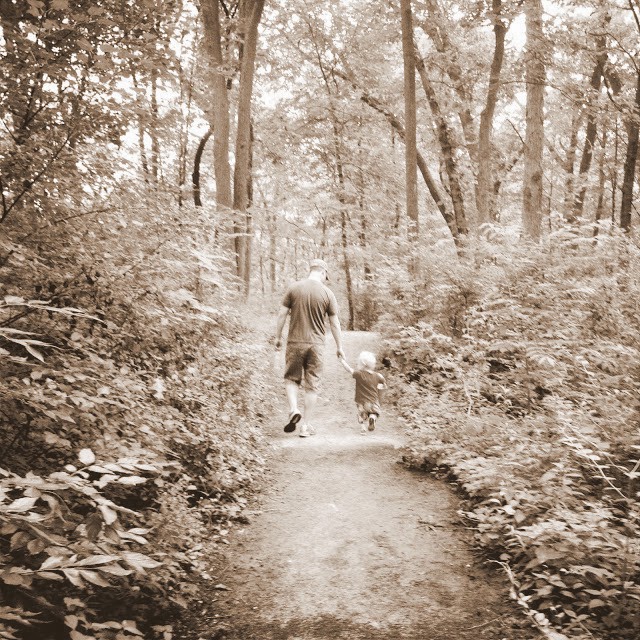 I took staying home with a baby very seriously. I read book after book and article after article. I spent minutes, hours, and days brainstorming and pondering how to create perfect babies, toddlers and children. I had ideas and reasons for just about everything and tried everyday to parent “just so.”

All of this intensity was exhausting; so, I loved turning the kids over to my husband in the evenings or getting out on my own during the weekend, and I lived for family vacations. The only problem was, when I wasn’t around, all of my well-rehearsed plans and ideals for raising children left with me.

Each time I walked out the door, I found myself prepping the diaper bag, dictating what should be eaten for a balanced lunch, reminding about nap time, and emphasizing the correct amount of screen time per day for each child.

I would come home to find that they had run to Home Depot without the diaper bag, the little one napped in the car for 15 minutes instead of in his crib for 3 hours, they had watched an entire football game together and had forgotten about lunch so they had grabbed a pizza on the way home and had an early dinner in front of the TV. They were thrilled.

On vacations he let me have time to sleep in or shop with friends; but I would often wake up to a one year old who hadn’t had breakfast yet or return to to kids who had been in the pool without sunscreen.

With instances like this I would question and question, “Why didn’t you eat the strawberries I cut up? How long has the football game been on? He only napped for 15 minutes!?? They always have breakfast by 8! You really didn’t put sunscreen on anyone?” Then, I would bustle about trying to remedy all the wrong choices that had been made; clucking about the consequences that would most certainly follow.

We also often didn’t see eye to eye on how to handle the boys when they were young. My husband was much more serious about discipline. I thought it he was harsh. He would get incredibly bothered if their brother or friend was hurt and they didn’t immediately stop and try to help. I made excuses that they were too young to “get it.” He wanted them to clean up their own messes and take responsibility. I wanted them out of my hair while trying to straighten up or get ready for company. He wanted them to carry their own stuff and leave my hands empty. I didn’t want them to slow me down or feel burdened. He expected them to pitch in after a party or gathering until everything was taken care of. I wanted to get them to bed on time.

I know I am not alone here. Everyday I see dads relegated to Servants in charge of physical tasks like grabbing diapers, warming bottles, fetching phones. Babysitters who are given specific instructions and expected to follow without deviation. ATMs that are told what to pay for and when but are not asked or consulted about where the money goes, or Scapegoats, excuses for why children can’t go somewhere, buy something, or participate in an activity.

It’s easy to forget that actually, above all else, they are FATHERS. They express love differently but they love just as fiercely. They rejoice in milestones and triumphs; they worry about heartaches and disappointments; they want the world for each of their children, and they give up pieces of who they are and what they want in order to give them that world.

My boys are older now, and I am so grateful they have a father who is different from their mother. He teaches differently, he emphasizes different things, he has an idea about manhood that is real and good and respectable and he does his best to infuse his boys with that same ideal through words and example.

I am glad he ignored my instructions and created his own moments with his kids that were not carefully crafted by me, because then they would not have been his. They would have been my moments performed by him. He showed them that you can go camping with only 30 minutes of preparation; that you can watch 2 movies in a row without your brain turning to mush; that a little danger is okay; that sunburns hurt; that you can hike harder and farther and faster than you ever thought you could; that a man says sorry and asks for forgiveness.

I am glad he chose to be his own kind of dad when the boys were young. I am grateful that when I coddled he encouraged them to be better and when I excused he held them accountable. I now have boys who expect consequences; who rarely walk past someone in need; who are starting to understand how to work; who unload groceries and take bags out of my hands; who know that we don’t leave until everything is taken care of.

My boys are far from ideal and we have many rough days, but they are also great in so many ways, and I have my husband to thank for most of them. I’m glad he didn’t let me nag him out of what he knew was important.

Now don’t think he is perfect. There are many times when I have to pull him aside and give him a little “check.” He does the same for me and it can be hard to hear, but 11 years after our first child, we are much more of a team. We value each other’s strengths and try and compensate for each other’s weaknesses. We are in it together and it is such a better place to be.

So this Father’s Day, give your husband the gift of confidence, of love, of appreciation in his parenting. Allow yourself to let go and let him be his own kind of Dad. 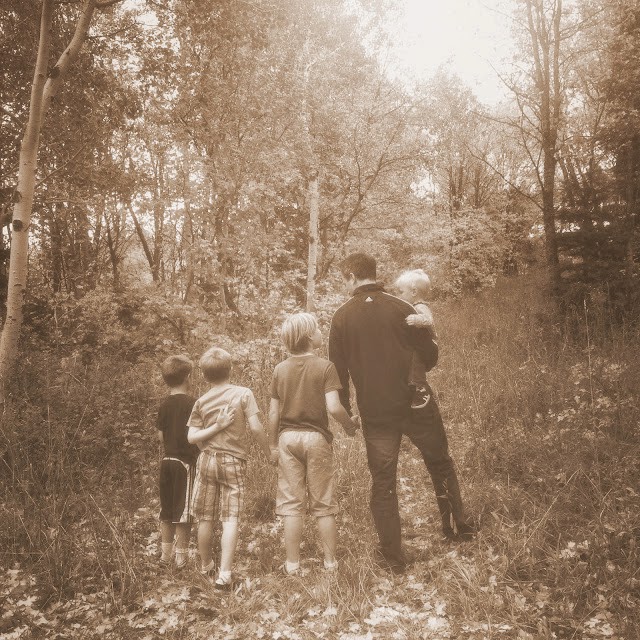