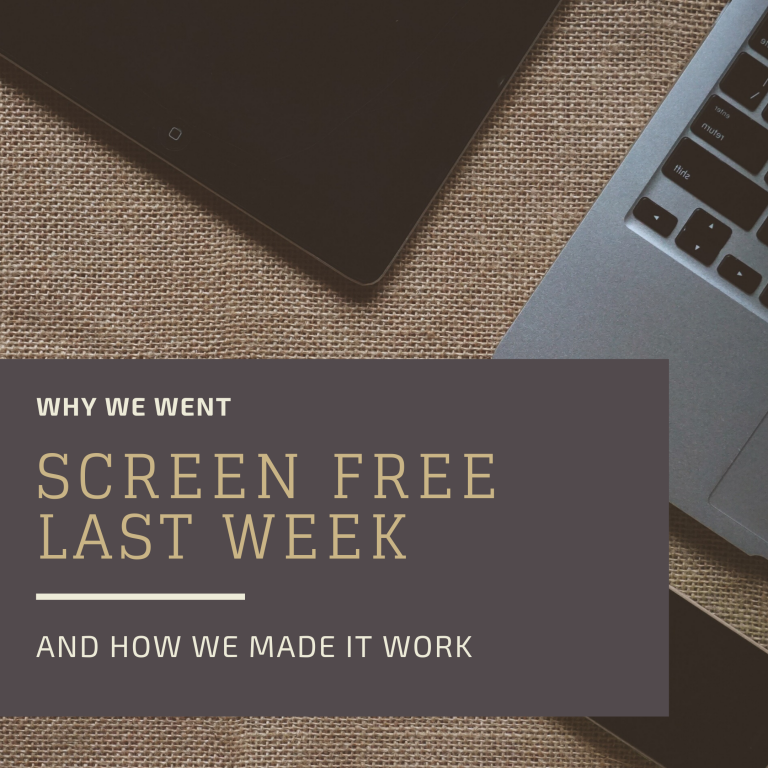 Does anyone else feel like life has been one big screen fest since March and Corona? I have been giving myself grace about it, throwing around all the placating comments in my mind saying, “this is a strange time” and “it has been hard for everyone” and “what else is there to do after all this time”  and “I have mostly teenagers so it’s harder” but they just weren’t sitting right with me any longer.

Our normally moderate screen home had become obsessed with them. I had lost my will to regulate screens ALL THE TIME since so little was happening and everyone was home so much, so I ignored and rationalized it. Until I just couldn’t anymore. My 8 year old was only looking forward to screens. He was missing out on all the goodness of summer as a kid. He and his friends had lost the ability to come up with something fun to do and honestly, didn’t even try. My teens were also in the same rut (some more than others) and we just needed a breather, a refresh, a perspective shift.

I realized that complaining about it and hating my situation was not a viable way to live. I have the power to change things if I really want to, and so, we decided, last Sunday to just go cold turkey and be screen free for the week, and it has been awesome. Honestly, I cannot say enough good things about it.

This is what I have seen that has been missing for quite awhile: 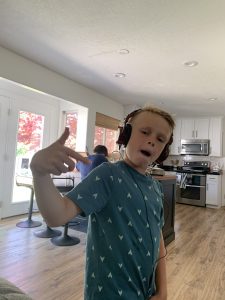 Here are a few tips on how we made it work:

Exceptions to the rules:

I wish we could do this forever, but it probably won’t happen. However, doing it for a week has honestly been a dream…maybe my favorite week of the summer. It has helped me, as a mom, get creative and motivated again and realize that even with older kids, I have a lot of control over what happens in my home if I am willing to try. It has also helped give us a chance to reset and rethink how we are using technology.

For now, we would love to keep everything off and unplugged until about 3 or 4pm each day, and then be much more intentional and proactive about how we use our screen time. We are going to watch the time more closely, look for experiences and opportunities away from screens and truly enjoy when we have a chance to sit and wind down after an exciting day. We have noticed when we miss having them and what they are actually good for.

I would highly recommend giving it a try. If you can’t do it for a week, do it for one day each week or even a couple days or even just a weekend. I think you will be surprised by how good it is for everyone!