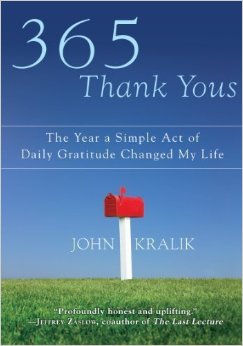 I’m not sure I can adequately express how much I love this book and how valuable I think it is on an individual level. I read it for book club last November and it changed everything for me. The story, on its own is interesting, attention-grabbing, and well written, but it is the message behind the book and the way it spurs you to action that makes it invaluable. It is a super quick and easy read that you can plow through in just a few days and powerful for both men and women. After reading it myself, I bought it for or passed it along to everyone I could. It is amazing how the power of gratitude can not only transform your perspective on life, but literally transform your life. Highly recommended, especially during the holiday season when it can be so easy to focus on ourselves! To purchase click here!
Summary via Goodreads.com: One recent December, at age 53, John Kralik found his life at a terrible, frightening low: his small law firm was failing; he was struggling through a painful second divorce; he had grown distant from his two older children and was afraid he might lose contact with his young daughter; he was living in a tiny apartment where he froze in the winter and baked in the summer; he was 40 pounds overweight; his girlfriend had just broken up with him; and overall, his dearest life dreams–including hopes of upholding idealistic legal principles and of becoming a judge–seemed to have slipped beyond his reach. Then, during a desperate walk in the hills on New Year’s Day, John was struck by the belief that his life might become at least tolerable if, instead of focusing on what he didn’t have, he could find some way to be grateful for what he had. Inspired by a beautiful, simple note his ex-girlfriend had sent to thank him for his Christmas gift, John imagined that he might find a way to feel grateful by writing thank-you notes. To keep himself going, he set himself a goal–come what may–of writing 365 thank-you notes in the coming year. One by one, day after day, he began to handwrite thank yous–for gifts or kindnesses he’d received from loved ones and coworkers, from past business associates and current foes, from college friends and doctors and store clerks and handymen and neighbors, and anyone, really, absolutely anyone, who’d done him a good turn, however large or small. Immediately after he’d sent his very first notes, significant and surprising benefits began to come John’s way–from financial gain to true friendship, from weight loss to inner peace. While John wrote his notes, the economy collapsed, the bank across the street from his office failed, but thank-you note by thank-you note, John’s whole life turned around.365 Thank Yous is a rare memoir: its touching, immediately accessible message–and benefits–come to readers from the plainspoken storytelling of an ordinary man. Kralik sets a believable, doable example of how to live a miraculously good life. To read 365 Thank Yous is to be changed