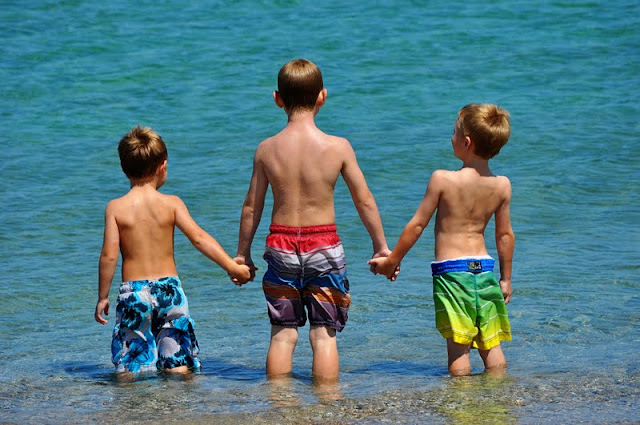 I am a mom of boys…it’s all I know as a mother. However, I am a woman who was once a girl. I remember being boy crazy long before boys seemed to notice me. I remember being uncomfortable in my skin. I remember doing stupid things to get noticed. I remember the frenzy that happened when a pack of us got together. I remember kicking a boy I thought was cute in the crotch and getting in trouble. I also remember being smart, and capable, and strong, and talented and knowing I could be whomever I chose to be if I worked hard enough.

Now as a mom of boys, I am consumed with the “other” gender, and it’s tough being a boy too…just like it is tough being a girl. I am doing my best to raise young men who respect themselves and respect others. I want to raise the type of boys worthy of an awesome girl. I want them to become their dad, a man who treats women with dignity, respect, fun, love, and equality.

So here is my bone to pick. Each of my boys have come to me (or I have watched it happen) where girls, in complete fun, get physical with them…badly enough that they end up hurt. My boys are physically tough; it’s eat or be eaten when you are one of 5 boys in a home and they are all plenty physical and strong and willing to wrestle and  fight; however, we try to teach our boys that we don’t hurt people, and especially we don’t hurt, wrestle or fight with girls. This puts them in a tough spot. My 3 examples:

1. At a high school football game, my second grader was playing on the grassy area with a few of his friends. A couple of darling girls from his class came up and started to play too. These girls are good girls; fun, happy, and nice and good friends with my son. However, when the boys went back to playing football, the girls started to chase them. The chase turned into a tackle and while my second grader was on the ground, the girls started kicking him. Hard. In the stomach and back. As they were doing this they were smiling and laughing and shrieking. Obviously, this was their version of teasing and having fun and getting attention. I had to run over and stop things. My son did not fight back because he didn’t feel right about kicking the crap out of them. If the roles had been reversed, he would have been in BIG trouble. Not cool.

2. The second time this happened at a friend’s home when 3 families were hanging out and playing games. Both the families we were with are AMAZING. I mean the types of parents you hope you will be someday with wonderful kids. When we got in the car, I asked my boys if they had fun. The oldest one had a blast playing with the “older” kids, but my two youngest said that the girls kept chasing them, then pinching or kicking them or hitting them and it wasn’t fun at all. My third was really hurt on his arm and both said they didn’t want to go back. Same situation…excited, little girls trying to get attention and play and have fun, but doing it in a way that just isn’t ideal. Once again, my boys didn’t do anything back. If they did there would have been some serious tears, I’m sure.

So, that night we had to have a talk about defending yourself. That if you are being hurt, even if it is by a girl or someone younger than you are, you can shove them away from you and find an adult. Funny that the first time we had to talk about fighting back was because of girls. The parents of these girls took care of things lickety split after we chatted.

3. The third time happened recently at recess. My older son and some friends were being chased by the younger sisters of some girls in their grade…the older sisters egging them on and cheering. The little girls were trying to kick them in the crotch and were trying to pull their hair and other things. When the older boys had had enough, they grabbed the little ones and pushed them away…guess who was in trouble? Right, the boys. And I think they should have been. They weren’t in big trouble, just got a talking to and a reminder, which was totally appropriate, but it was still a situation that could have been avoided.

So, now my request to parents of girls. PLEASE teach them other ways to get attention, to play, to have conversations, to create friendships with boys. And if the boys still aren’t interested, please teach them to move on. They need to feel confident enough to want to spend time with people who want to spend time with them. The boys will come around one day, and you want your girls to choose the ones who treat them well, who put them front and center, who listen to them, who pay attention to what they have to say. No one wants their daughter to be the side kick of some jerk. Teach them that they deserve more than that; that if someone is worth their friendship they shouldn’t have to fight to be noticed. It might also be worth while to chat with them about the way they play and that it is inappropriate to hurt people…even older kids. Hurting people is never a good way to make a friend.

I will continue to try and teach my boys to treat everyone with respect and to find appropriate ways to change situations, and they will continue to have bumps in the road, get in trouble and need reminders. As they get older, they get bigger and tougher and stronger, so a physical response is not the place I ever want them to go…with anyone, but especially with girls. Lines blur much too quickly. In addition to the fact that fighting is not an appropriate way to fix things, in the world we live in, the word of a boy against the word of a girl rarely turns out well for the boy; so, I have to protect my boys, especially when it comes to physical encounters and teach them to look out for themselves. It is just the way our world works.

So, let’s help each other make this life just a little kinder and nicer and a bit easier for our kids to navigate. Boys and girls alike.

No Leprechauns, No Valentine Boxes, No Elves and Why that is Okay

Why we are taking the FUN out of life

My Minivan, A Sacred Place
Creating a Family Motto